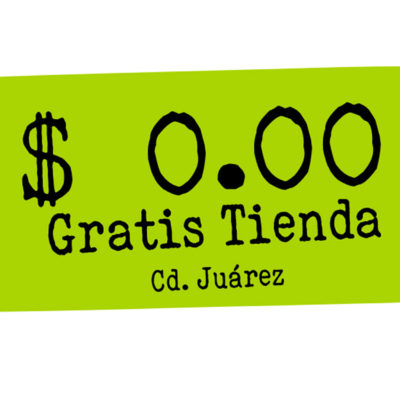 Julio César Morales Torrecilla, engineer, architect and activist, was born in the state of Veracruz on September 17, 1982. At the age of age of 17 he migrates to Juarez, Chih. where he finds a place to live, make a career and get involved in the activism of different different topics such as environmental care, veganism, art, permaculture and self-organization. In 2017 he starts the collective Eco Humanos and is invited by IAK Politisch Reisen to Berlin, Germany to study the city and to replicate a project in Juarez. Thanks to this, in 2018 he starts the project Gratis Tienda Virtual, which is quickly replicated in several cities in Mexico.
In 2021 he takes the store physically and several points arise in the same year. For this project he has been considered as one of the one of the 31 leaders who make Juárez proud and wins the Fray García de San Francisco 2021 Award in Juárez.