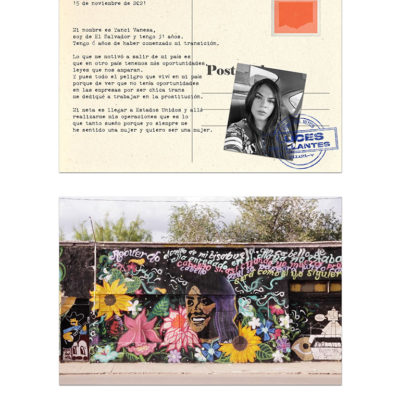 Paco Burrola is an audiovisual artist, graphic and web designer. He is currently working on “In nowheres,” an experimental film about the Mapimí Silent Zone that borrows elements from music and sci-fi films.
Jorge Scobell is a visual artist, filmmaker and cultural agent. His work has been shown in museums and film festivals in Mexico, the US and Europe. In 2017, he was the recipient of the Premio Ojo and Hermanos Alva award for best short at the Morelia International Film Festival.
“Bright Lights” is their first collaboration, which has spawned “Un nombre propio” (A name of their own), a documentary film that tells the story of several trans individuals in Chihuahua and their legal journey towards changing their gender and identity on personal documentation.