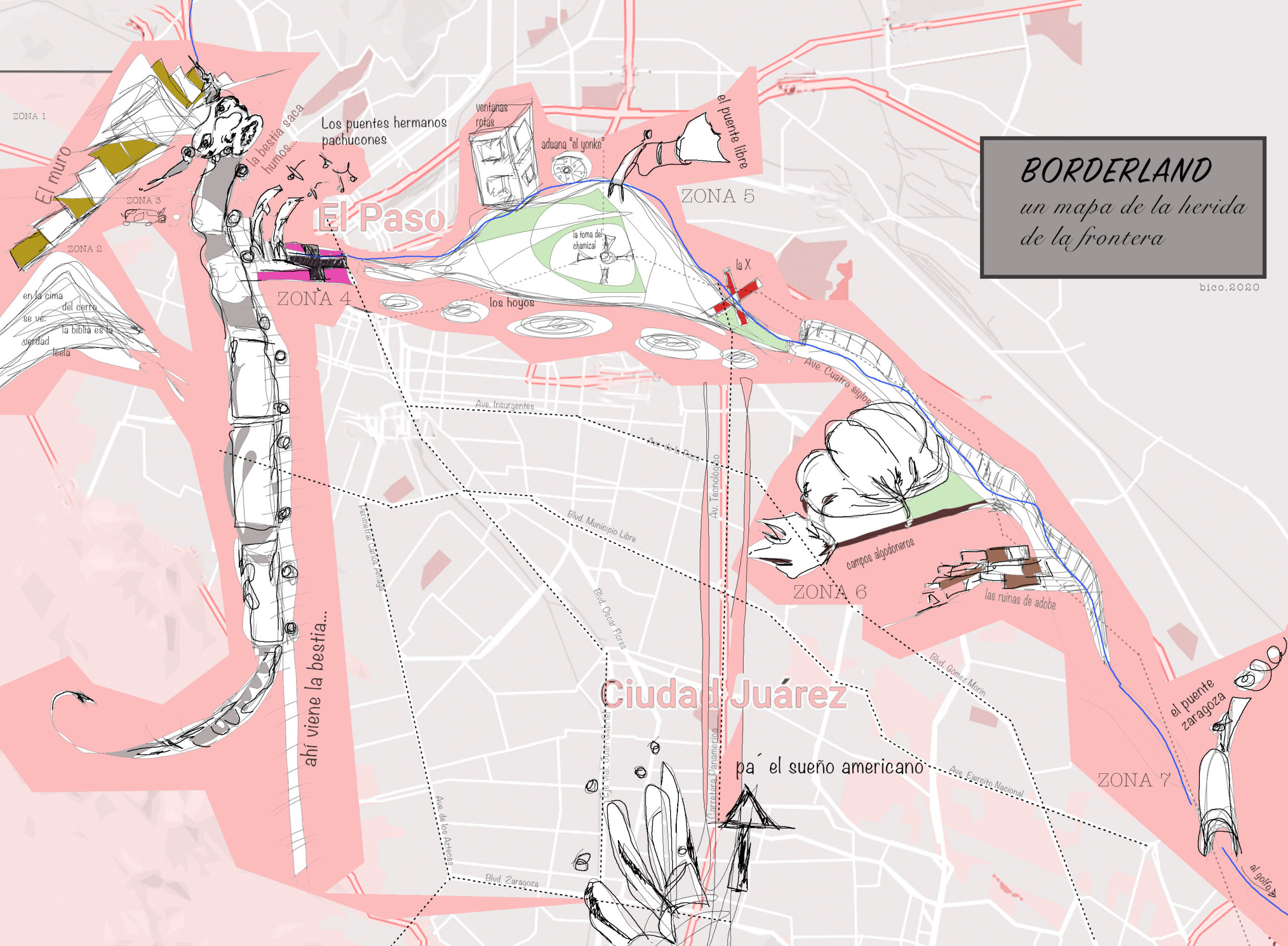 The map of the border wound…
Could it be that we live constantly wounded?
Could it be that we are constantly destroying and building ourselves?
To live on the border is to live wounded, to live in the interstice, and this reality keeps me awake some nights, and has inspired me to want to see the wounds first hand. To travel through a city as wounded as the most beautiful border in the world requires courage, a courage that we fronterizos must have to face the street, but that we fronterizas develop as scars on our bodies, because it is the city where women are killed.
To say to be a fronterizo could have levels, but trying to understand is like the tragic knowledge that Huberman (2010) mentions is. “a knowing of suffering”, it is Pathosformel, something “allows to observe in the core of gestures, symptoms, images. A tragic knowledge: a Sisyphean, or better, “Atlantean” work, work that transforms punishment into something like a treasure of knowledge, and knowledge into something like a destiny. knowledge into something like a destiny made of infinite patience -of endurance to “endure” the crushing disparity of the world. world.
I have been a frontierswoman all my life, but since 2013 my gaze has been focused on answering the question: “What is the border? what is the border? The answer is not unique, it is plural, and it will never be possible to generalize or delimit, the border is an oxymoron in itself. is an oxymoron in itself, as a concept and as a reality. The border is an open wound and a scar, it is a portal and a closed passage, it is a river and a street, it is freedom and closure, it is a bridge and a blockade, it is a train that passes in the afternoons, and it is a camp in the open sky, and it is a place in a cage. and it is a place of cages and it is an afternoon of orange skies.
Thus, this map tries to capture ideas in a reflexive and interpretative way from the border, being a border woman. For mapping the border is necessary to place yourself and at the same time dislocate yourself, “to keep alive the restlessness, that is to say, the openness to strangeness, to foreignness, to the foreignness, to extraterritoriality” (Huberman, 2010). This activity begins with the wound.