Places that support the journey
Added on March 10, 2022 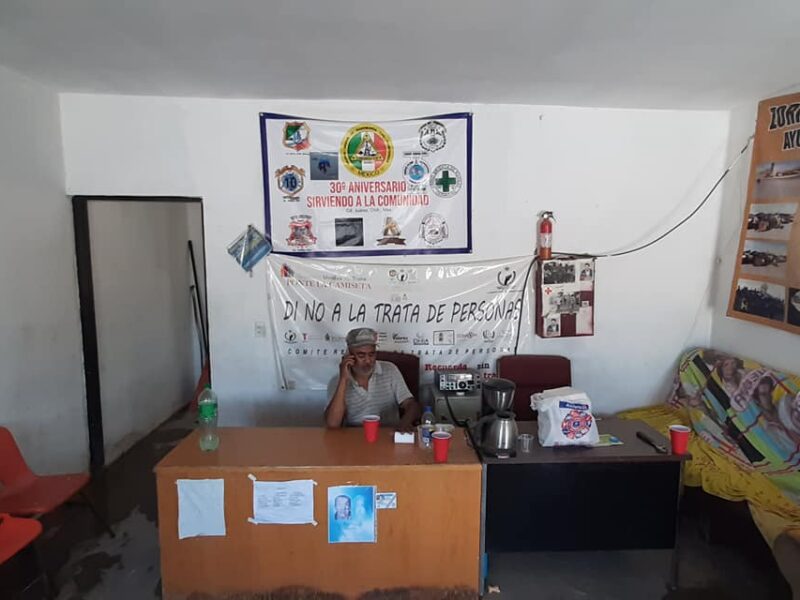 Zorros del desierto Group is a civil society group that was born after the 1985 Mexico City earthquake. Since then, several relief brigades have been formed to help in case of emergency. In general, the members of the group are volunteers and are trained in an autonomous manner to be able to provide search and rescue assistance to migrants and women victims of femicide.

As part of their rescues, they have transported many people when faced with the urgency or lack of an ambulance. According to Domínguez (2018),

“Their work also consists of helping migrants. From Práxedis G. Guerrero to Jerónimo they are in charge of locating migrants and take provisions to desert areas. Another of the situations for which they are prepared is the treatment of migrants arriving from other countries such as El Salvador and Honduras, because they arrive from farther away, they sometimes find them more frightened and euphoric, added Diaz. The brigade also explains to the migrants the dangers along the way, and provides them with emergency numbers in case of any eventuality.”

Patrol in the desert, transfer to hospitals, placement of supplies.